The first Shielding Awareness Course - a two-day course - was held at The Centre, Birchwood Park, Warrington, on 1st-2nd March and was aimed at filling a gap in the market of available training courses. It was well supported with 68 delegates and 5 exhibitors attending.

This was a joint venture, organised by the SRP and The Shielding Forum (TSF). John Broughton (SRP) chaired the first day and opened the proceedings by welcoming delegates and introducing the Society. He highlighting that the membership was light on shielding specialists, and that it would be nice to see some more joining.

John related some aspects of his early career, designing shielding for nuclear reactors, including the AGRs, when the design-and-build company (TNPG, a predecessor of NNC and AMEC) - only had one (room-size) computer and, apart from the main reactor shields, all the rest of the shielding was designed using slide-rules. He looked forward to seeing the latest developments.

John also explained the nature of the course was not to generate fully qualified shielding specialists but to produce intelligent customers, capable of conversing with shielding experts and knowing what questions needed to be asked. The course would also permit most delegates to go away equipped to carry out some simple shielding calculations, and would also act as a refresher for the more experienced attendees.

The first speaker of the day was Bob Kerr (SRP Council) who gave an overview of the legislative requirements for radiation protection and the importance of shielding as a first line of defence. Bob went on to discuss some of the additional techniques used to restrict doses to personnel.

Pete Bryant (also SRP Council) detailed the various radiation types which present problems to the facility designer, their multiple interaction processes and the range of shielding materials and suitabilities to protect against each radiation type.

Liz Holland (TSF) explained the generation and decay of radioactivity, described the inventory codes available for generating the source terms for shielding calculations, and also outlined the various units used to define “radiation dose” and the steps needed along the way to reach the end product.

Most shielding calculations revolve around gamma radiation and Graham Jeffries (SL) extended the complexity of the calculations by focussing on additional features such as streaming through shielding penetrations, complicated by scattering inside the penetrations. This was highlighted by a worked hand-calculation example.

The final presentation of Day 1 by David Gallagher (Guy’s & St. Thomas’s NHS Trust) related the design and construction of shielding for a specific complex medical facility being installed with limited space for shielding, and his approach to the shielding calculations required, which included both bulk and penetration aspects, with particular attention to potential for design weaknesses.

The day ended with a question and answer session and review of the day.

Day 2 was chaired by Adrian Chewter (AREVA RMC) who prefaced the day by giving a brief summary of his career as a shielding practitioner who had started in British Nuclear Fuels (now Sellafield Ltd) before moving onto Nuclear Technologies and now heads up the shielding team in AREVA RMC.  As chair of the TSF, Adrian also provided some background regarding the history and recent activities of the shielding forum which is attended by organisations throughout the UK Nuclear Industry to discuss current and future developments in radiation shielding.

Adrian noted that day one focussed on basic shielding principles and hand calculation methods whereas the talks during day two consider the use of computational shielding codes for more complex problems and the application of shielding design processes when applied to both nuclear and non-nuclear examples.

Anton Murfin (NNL) then described the decision-making processes and procedures used within the nuclear industry to determine shielding requirements, from the establishing of the target dose-rate, determination of sources, choice of materials and calculation methods, through to the final plant design.

Adrian Chewter amplified on this, looking at a typical facility new-build – not just the layout and bulk shielding, but consideration of labyrinths and penetrations, construction weaknesses, personnel and materials access, etc.

Martin Jones (AMEC) introduced us to the particular aspect of “sky-shine”, where radiation from shielded facilities with no (or reduced thickness) roofing can scatter due to interaction with the air and produce significant ground-level radiation levels additional to those penetrating the shield walls. Typical examples were presented along with available options for calculation techniques.

In the final presentation, Jill Reay (Aurora) described the process for shielding design and construction in the medical sphere, including considerations such as collaboration between the many interested parties involved, responsibilities, practical aspects and post-installation assessment.

There was a voluntary multiple-choice examination paper which many of the delegates chose to attempt. Arrangements have been made for unsuccessful candidates to re-sit a similar paper should they wish – after a review of their course notes and their understanding. 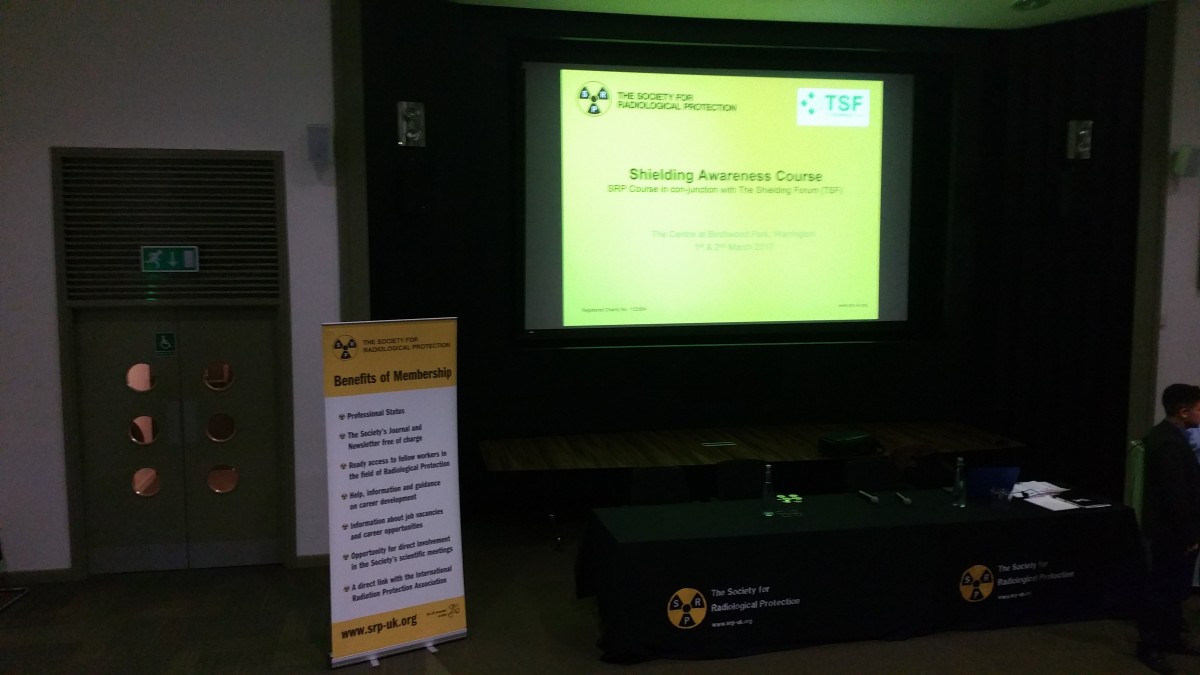 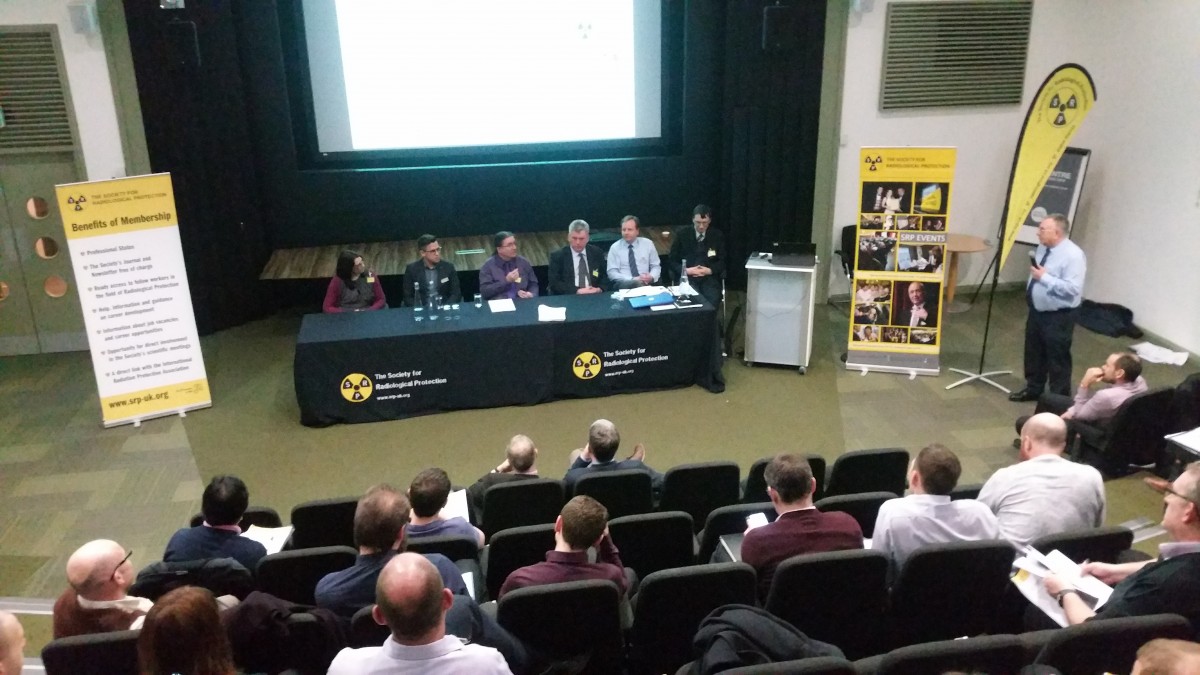 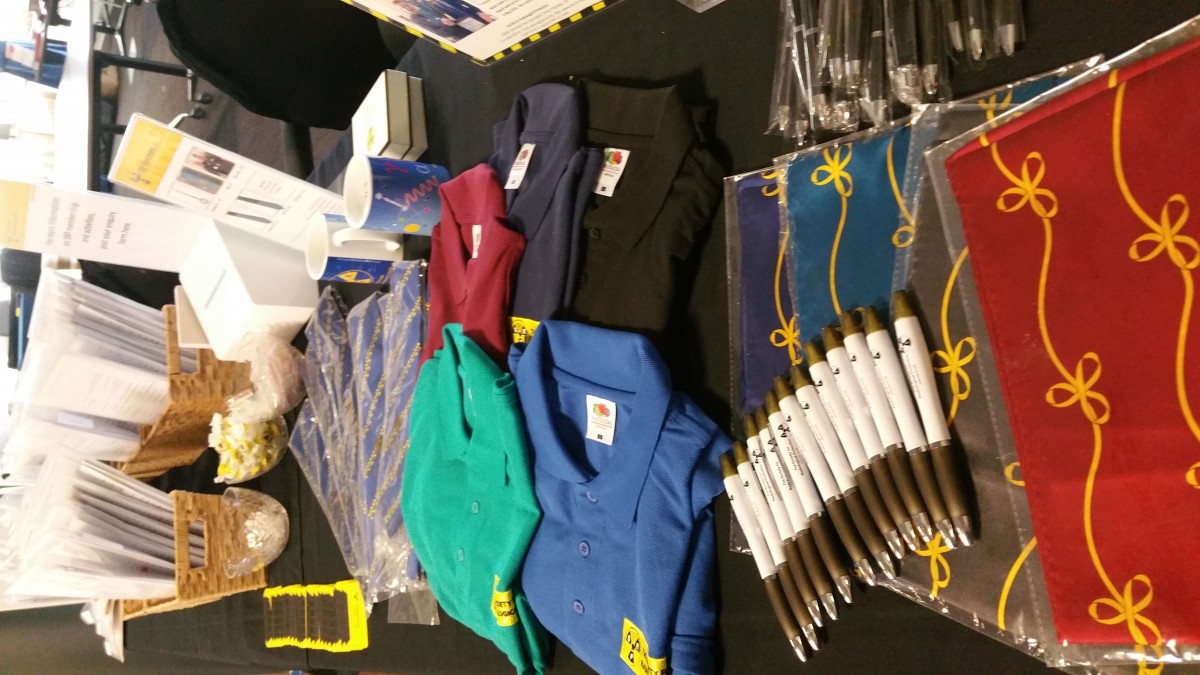 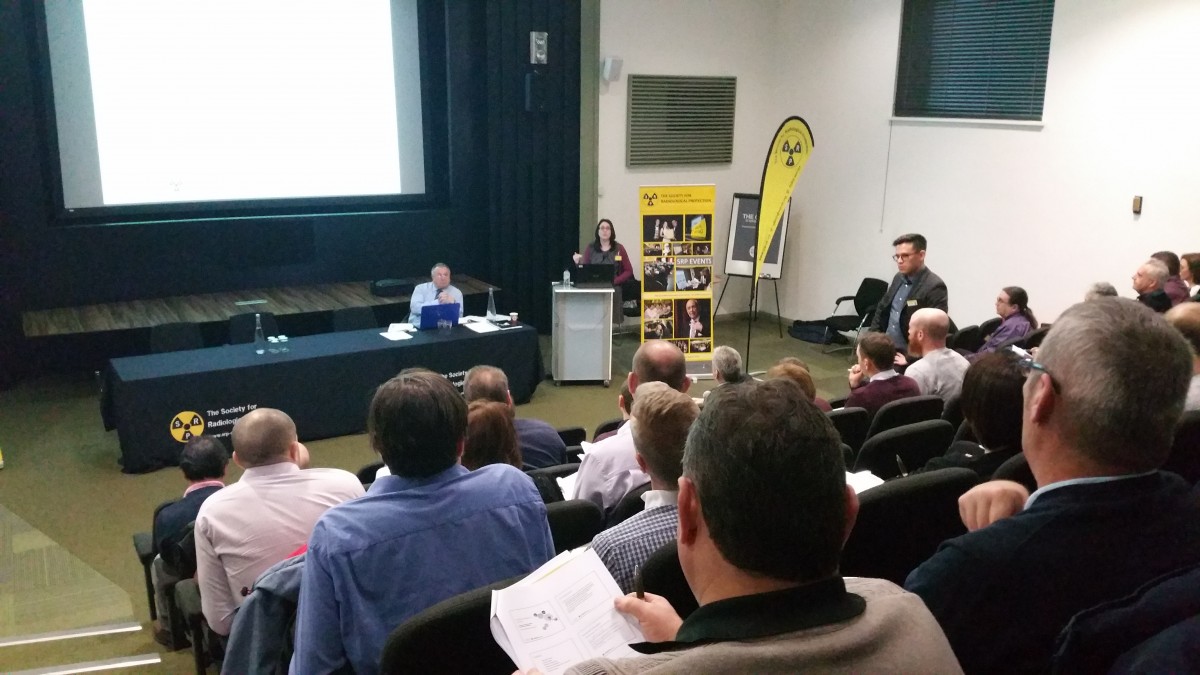 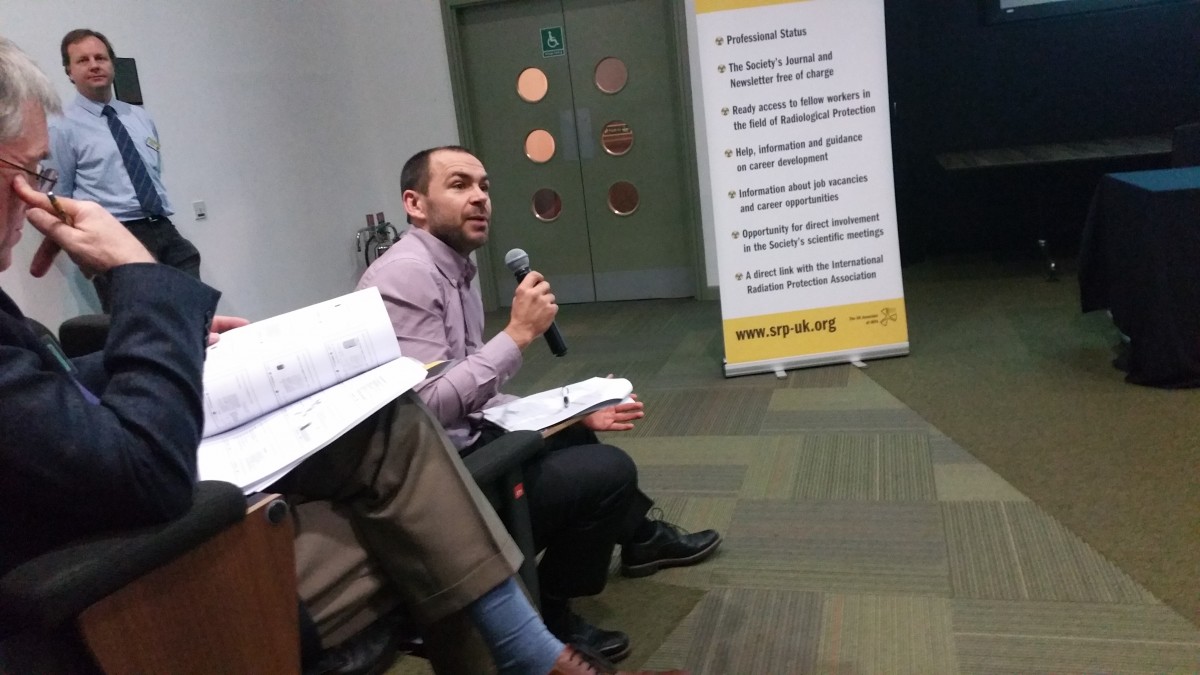 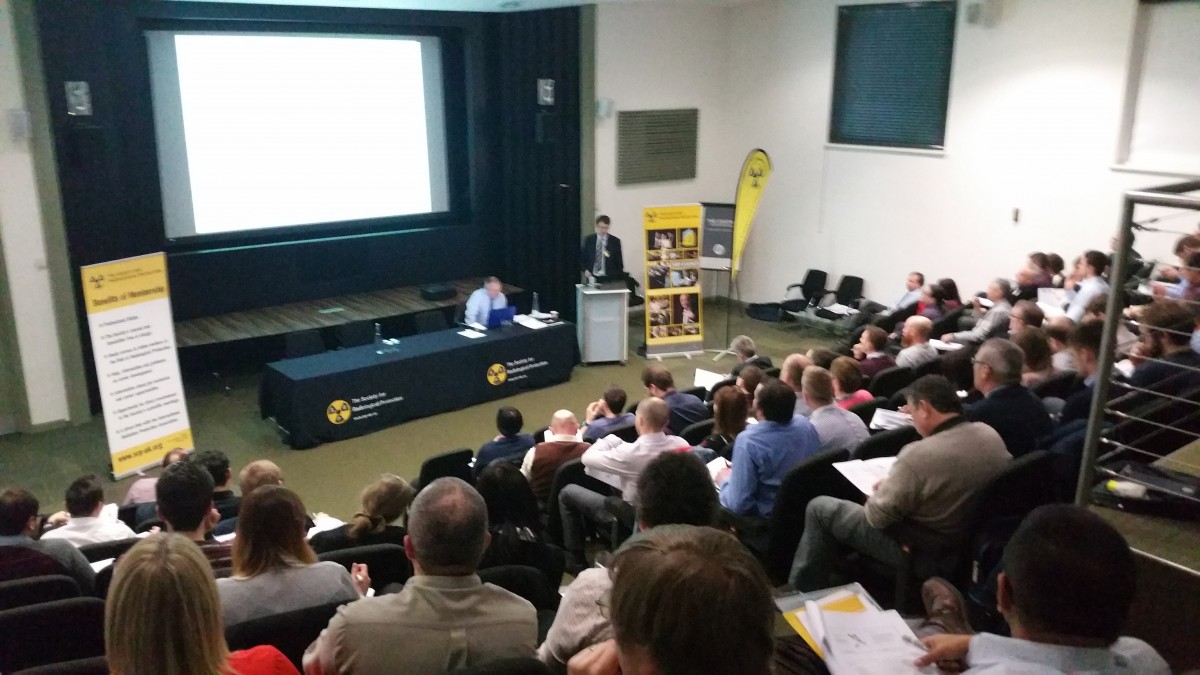 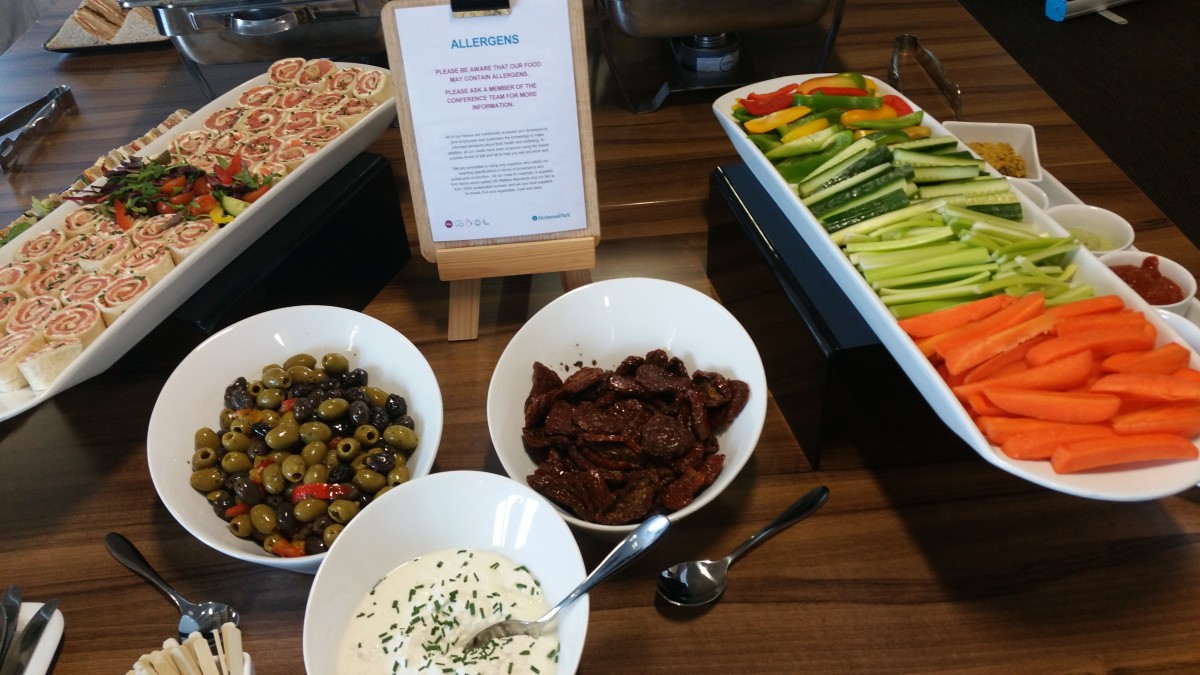 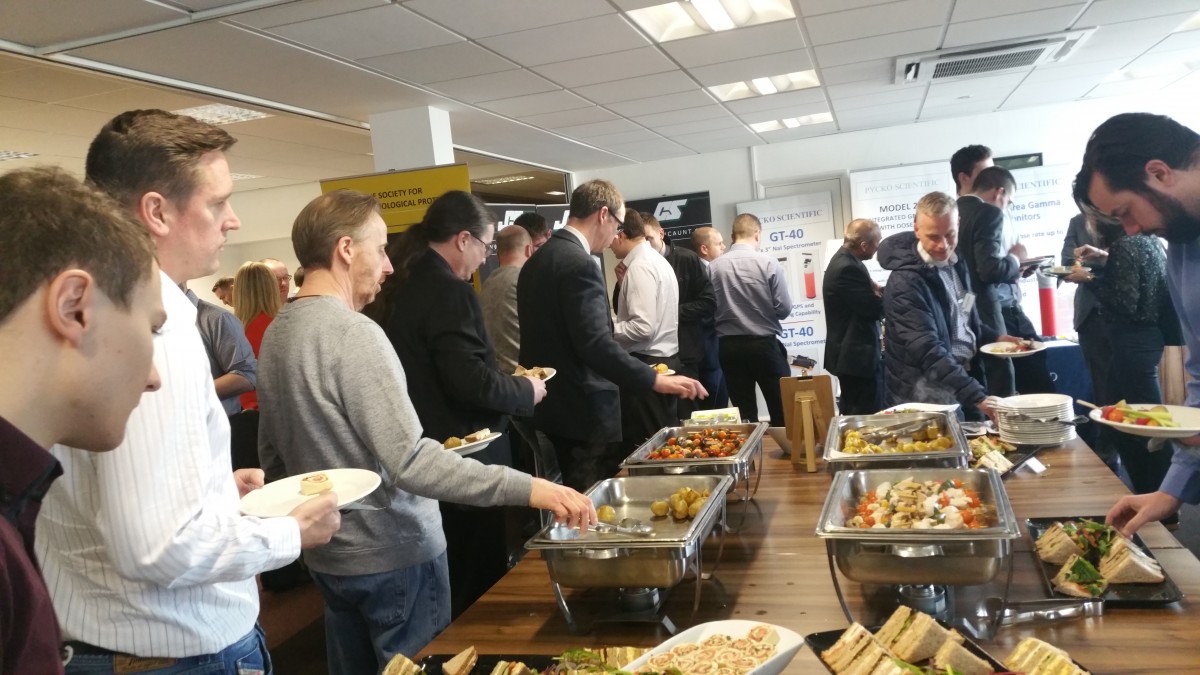 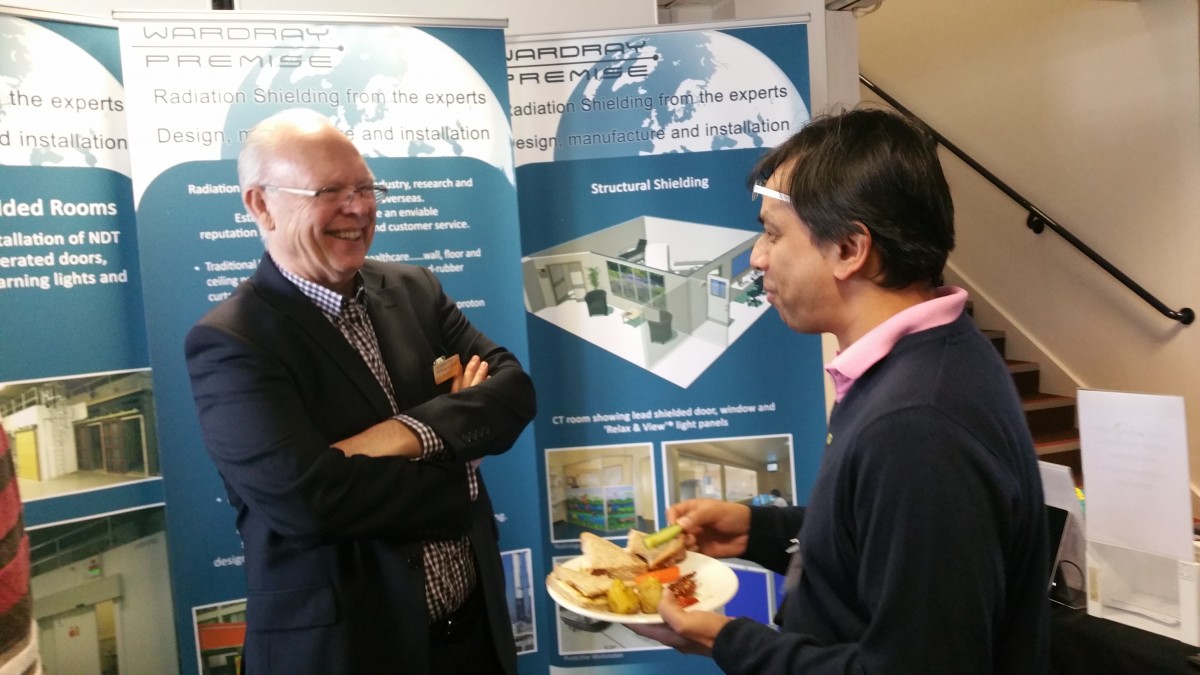 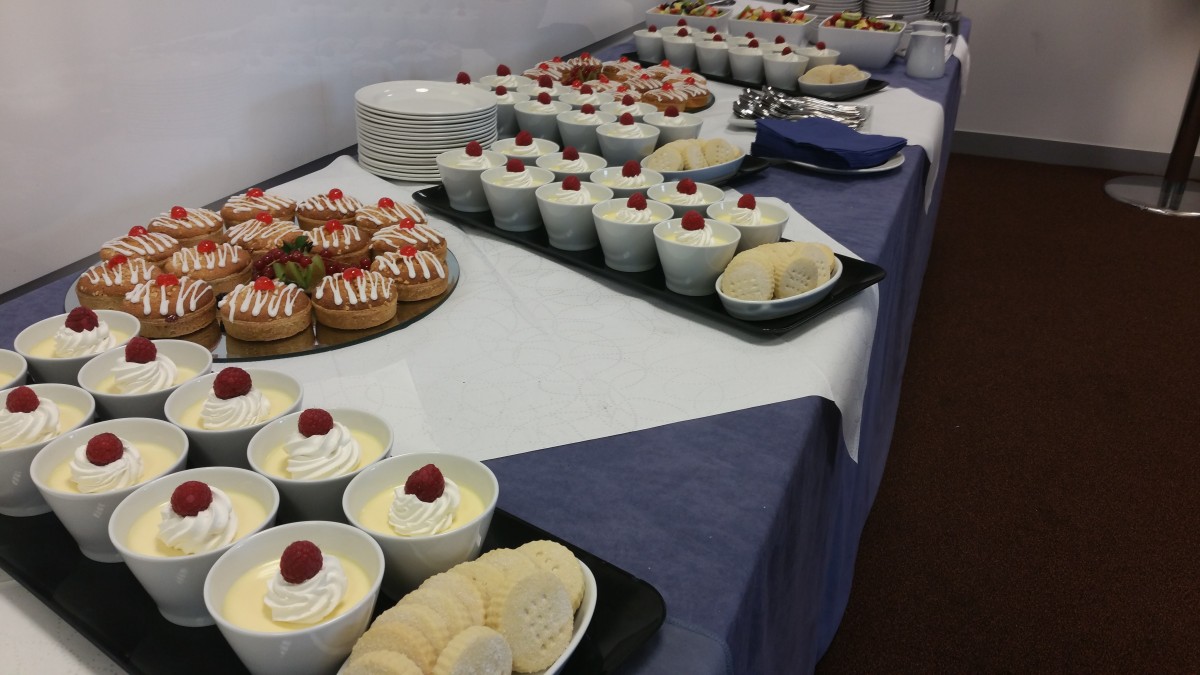 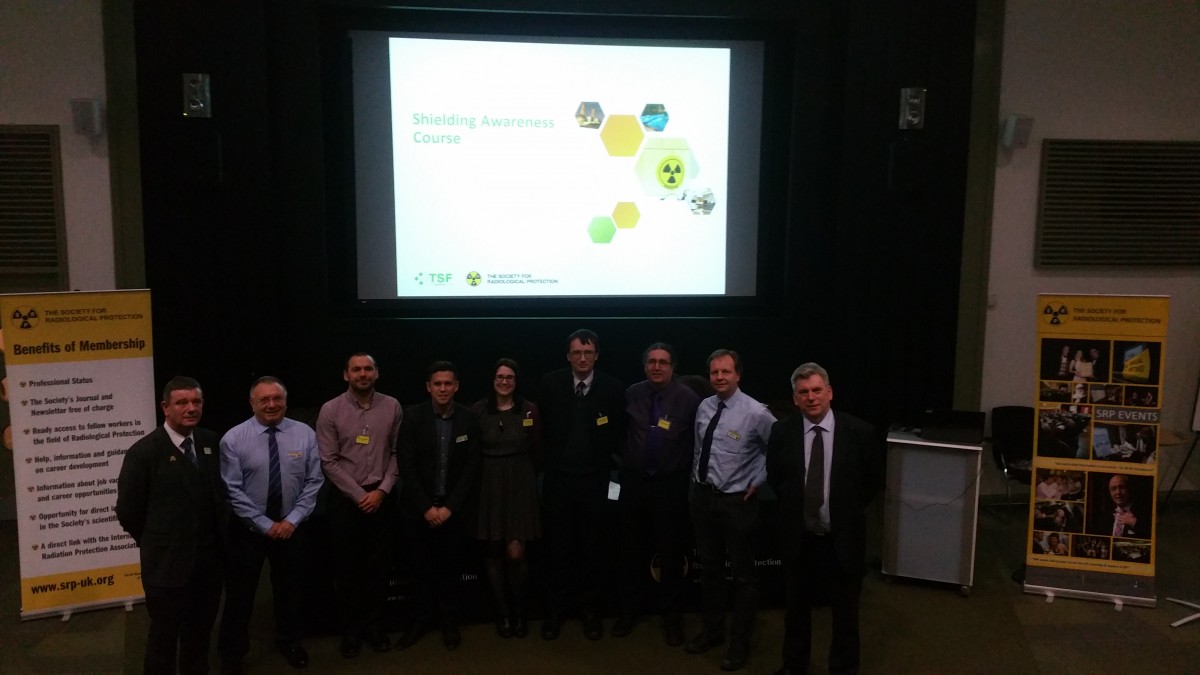