Notes of SRP One Day Meeting

Implementation of BSS to Radioactive Substances Regulations – Join the Debate!

These notes have been prepared to summarise the presentations (available below) and discussions of this meeting.  It is intended that members will further engage in the debate by posting comments in the Forums (this is member access only and you will need to be logged into MySRP or the Forums).

Notwithstanding UK’s EU referendum results, the EURATOM  Basic Safety Standards (BSS) Directive 2013/59 will have to be transposed into UK legislation by 6th February 2018.  To help prepare for the legislative changes this one-day meeting looked at the implementation of the BSS with respect to the Radioactive Substances Regulations.

Following an introduction which included a summary of the recent questionnaire undertaken by SRP and some comments on devolved issues, there were two key sessions each followed by a discussion forum.  Feedback from the discussion for were presented after both sessions. 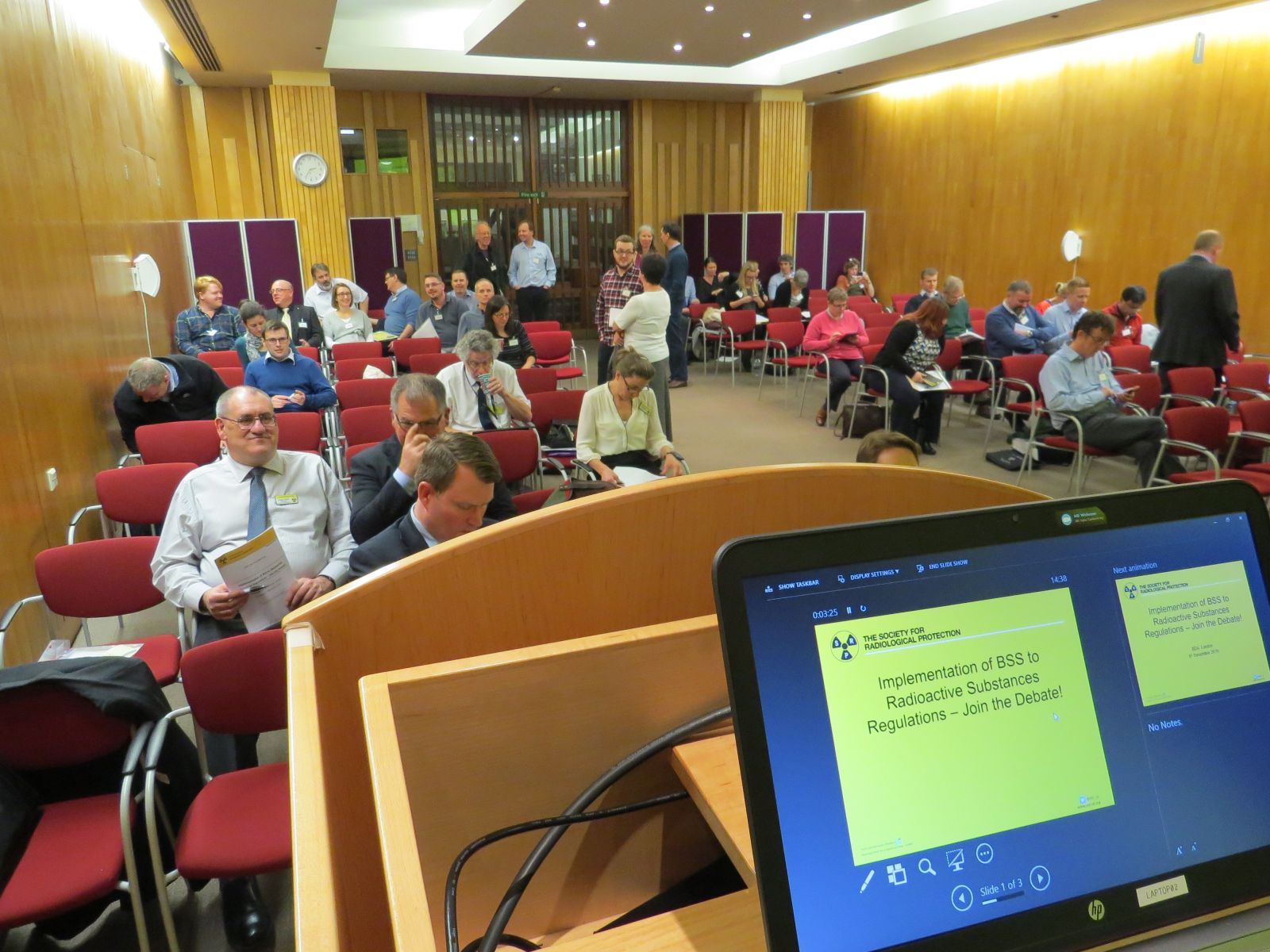 BEIS are open to suggestions regarding changes to existing RSR but need justification and impact assessments to be provided. In line with government policy there will be no ‘gold plating’ and it is unlikely that changes not required by the BSS or that affect only a few employers/sites will be made.

The strategy for implementing the 2013 BSSD is to maintain the existing architecture of legislation, being pragmatic about the changes, and having more continuity than change (evolution not revolution). The new regulations are being drafted now, but ministerial permission is required to release the draft and any associate guidance. From the meetings that have been held to date, it appears that ACoP and guidance will be provided for IRR18 and REPPIR. [Outside the meeting, we note that the Department of Health has indicated that it intends to provide guidance for the  new IRMER.]

A summary of the results of the SRP on-line survey including was reported.  This included responses received directly via email and other comments – around 80 individual responses in total. Responses were from RWAs and RPAs and included those outside SRP. The main points were:

In Scotland it was hoped to complete general regulatory regime reform by 6 February 2018 to bring all pollutants together (cf EPR?). But this is very unlikely to be achieved. As a result, the BSSD will be implemented in a similar manner to rest of UK by updating individual pieces of legislation. These interim arrangements are likely to be limited to those changes required by the BSS with other changes to improve the legislation being made at a later date as part of the general reform. Scotland is expecting its draft interim regulations to be available in early 2017 with stakeholder meetings being held to discuss both the interim regulations and longer term reform. 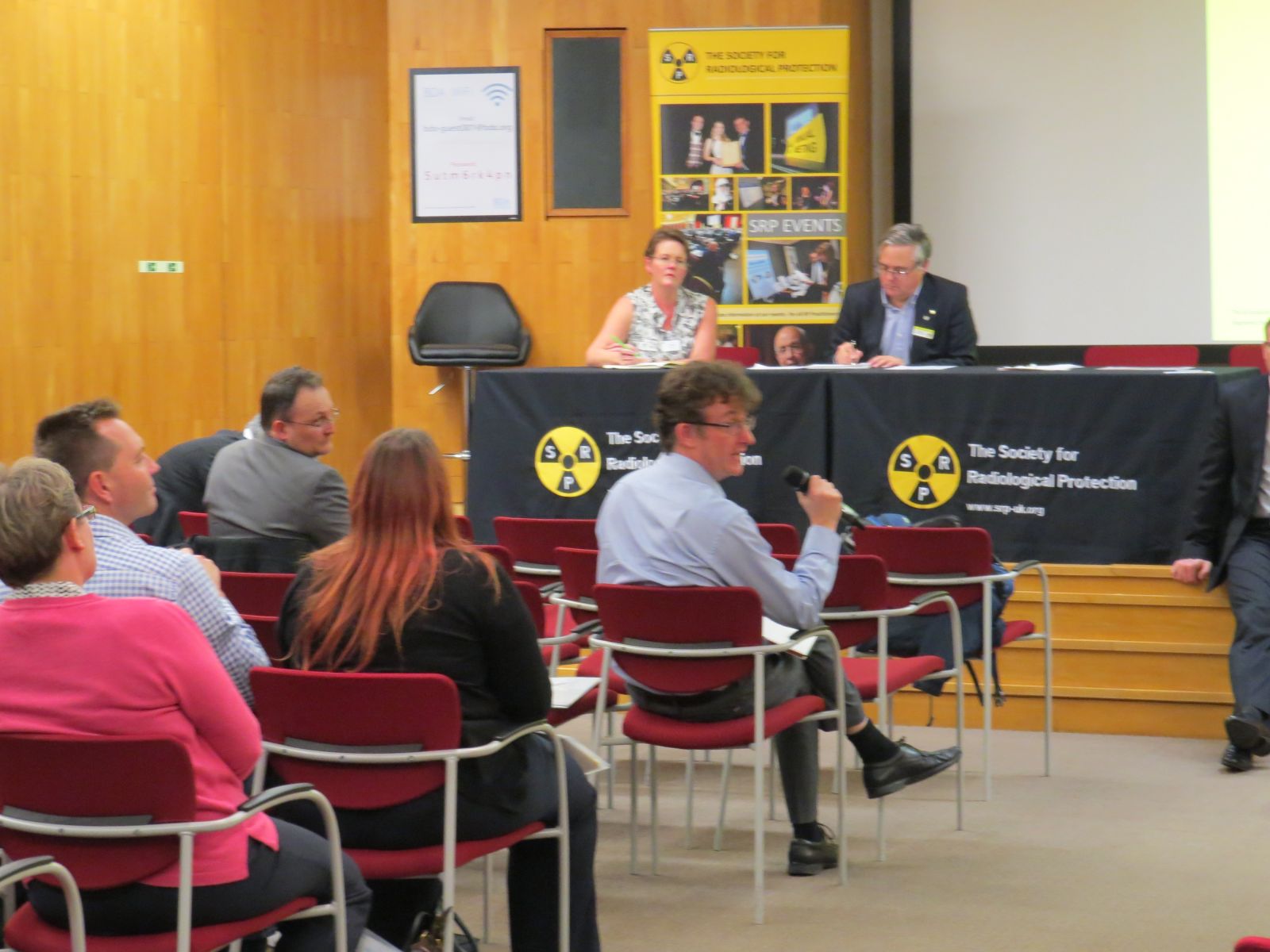 The BSSD requires a graded approach commensurate with the hazard posed. In the current regime, a bespoke permit is considered equivalent to ‘licencing’ and a standard permit is equivalent to ‘registration’. EAs do not intend to introduce a requirement for notification for exempt practices [these will be captured for the purposes of BSSD by notification under IRR18]. For the most part there will be no change, however, current regulations do not cover consumer goods (or the import of) so some changes will be needed for that. With regard to the ‘authorisation procedure’ in the BSSD, to meet the requirements that are additional to those for EPR, information will be included in the HSE system, e.g. occupational doses for licenced practices. There are also no changes required with regard to inspection and enforcement.

In some instances, EA has required notification of specific practices, this position would be maintained (so EA retain the option to require notification, but it won’t be a general requirement).

There are some changes to the activities over which sources are classified as HASS. Most are higher than before, but some, notably Am-241, are lower. It is expected that this will result in a reduction of around 25% in the number of HASS sources, for example, in Scotland. The most significant change is that sources will cease to be HASS once their activity has decayed below the relevant level (as opposed to current system where sources remain HASS until they are disposed of). This is likely to have the most impact for sources with relatively short half-lives, such as Ir-192.  There will be no requirement to report annually, although requirements for financial provisions for disposal and security arrangements remain.

There are new requirements in BSSD for other sources – but these will not require any change to UK regulations. The orphan source definition now includes all sources, both sealed and unsealed, and there is a new requirement for metal recycling facilities to report orphan sources if they have smelt or damaged them such that metal has become contaminated. The new regulations will allow prosecution if reporting doesn’t happen. There is a general requirement on governments to raise awareness regarding orphan sources and ensure technical advice is always available (via EA helpline). There are likely to be no practical changes regarding orphan sources, the new regulations will just give enforcement agencies wider brief more formally.

It is likely that the current framework for exemption and out of scope will continue. Although values are given, there is some scope for adopting different values if these can be justified. Most values will be lifted from BSSD but some, notably for Cs-137 and C-14, will be kept as the existing value.

The definition of NORM and NORM practices is wider in the BSSD and it distinguishes between practices where NORM is used for its radioactive properties and other uses. The UK is likely to include geothermal energy production in its list of practices. There are some differences between the exempt/out of scope values, with most being higher in the BSSD – one exception is K-40 which is currently completely out of scope but given an in scope value of 10 Bq/g in the BSSD.

There was some discussion about having out of scope values for aqueous liquids in 2011 (for EPR Exemption Orders) but was felt to be too difficult as it was too dependent on the individual discharge. There is currently a case being made to include an out of scope level in new regulations.

The intention was to update guidance but that this had been blocked up to now by government policy. However, the EPR is currently being reviewed for other reasons and updated regulations (EPR17) are being introduced early in 2017 for which new guidance will be required.

Call to action:  Please register your interest in out of scope levels for aqueous liquids with EA/SEPA. 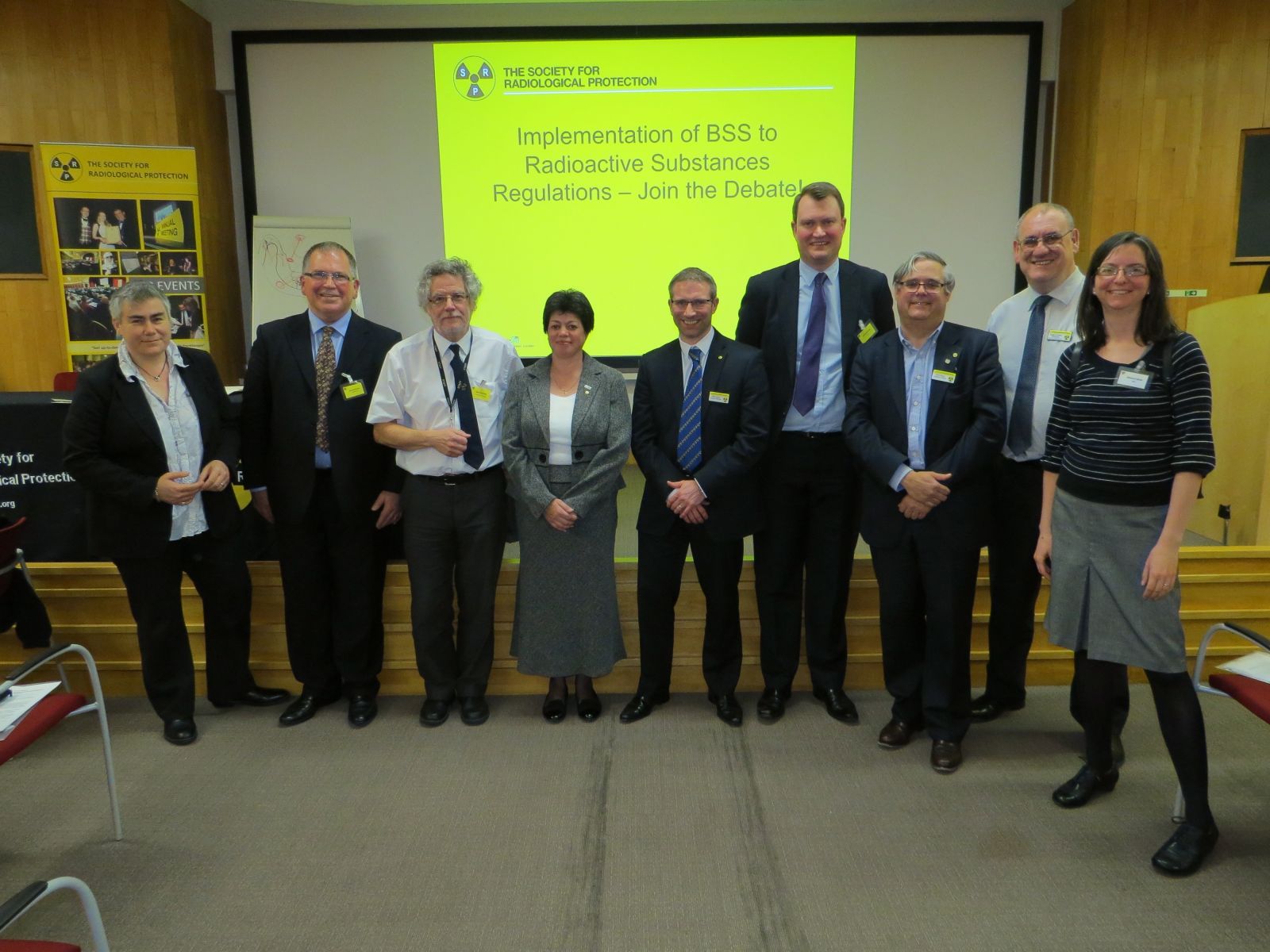 Implementation of Reference Level requirements will need new regulations to empower the Secretary of State to be able to set appropriate Reference Levels.

Dose constraints are an upper bound for optimisation of controlled sources. The 2013 BSSD has a slightly different definition to 1996 BSSD (and therefore current RSA and EPR). New values are likely to be included in regulations as: 0.3mSv per year per source and 0.5mSv per year per site.

The dose constraint proposed by PHE of 0.15mSv per year for new practices is an advisory statement and not likely to be included in new legislation. Its basis is that it is likely that dose would be optimised to a greater extent for completely new sources, but that, in practice, new sources are often installed/used on existing sites and there are lots of other confounding factors.

For contaminated land, the current arrangements are consistent with the BSSD approach and likely to be acceptable. For contaminated areas, new legislation supported by guidance is likely to be required to allow the Secretary of State (probably) to set appropriate levels. Further consideration will be required regarding the ongoing control of such areas, including control of access.

The UK will need to establish methods for recognising existing exposure situations where intervention is required, e.g. those where the annual dose is > 3mSv/yr. It is likely that this will be done under the current contaminated land arrangements.

Call to action: is 3mSv/year an appropriate level for contaminated land?

Consistency and Harmonisation in legislation

Exemption for liquid waste is required

Conclusions and next steps

It is anticipated that the proposed IRR18 and the ACoP will be available early 2017.  The RSR are likely to follow a short while later.   It is likely that due to time constraints there will not be wide consultation for the associated guidance.  There will be separate consultation for the changes to legislation in Scotland. SRP are organising a number of Stakeholder meetings for the new regulations. For further information please click here.

Members are invited to post any comments questions on the proposed new legislation on the forum for further debate. With any comments for the new regulations it is really helpful to have specific examples and details regarding issues with the current regulations.

Thank you to the speakers and contributors to this meeting.

I am very indebted to Jill Reay for providing me with her notes for this meeting which forms the basis for these notes – all the errors are mine!