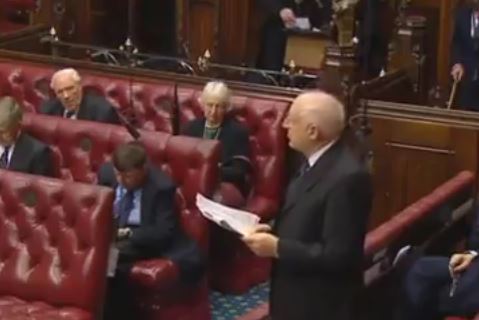 SRP Media Officer Richard Wilkins reports on Lord Carlile's recent contribution to the House of Lords debate on the Nuclear Safeguards Bill and explains the technical background to some of the issues raised by our medical sector members.

SRP Patron Lord Carlile of Berriew has recently contributed to a debate in the House of Lords on the Nuclear Safeguards Bill, the Government legislation proposed to cover issues arising from withdrawal from the Euratom Treaty. He spoke about the potential risks to the continued supply of medical radioisotopess post Brexit.  He said, “This has been an area of concern expressed to me by many professionals, including those in the Society for Radiological Protection, for which I have the honour to be patron”.

Lord Carlile challenged the premise that the Nuclear Safeguards Bill was just about safeguarding of nuclear material with no recognition of the wider implications of the Euratom exit (including the supply of medical radioisotopes). He said he understood the reason for this distinction, which was largely political, as it means a good deal of detail can be left out, allowing the Bill to be approved more quickly.

Currently medical radioisotopes for the diagnosis and treatment of cancers are not produced in the UK and it would take a huge investment to start this up, so we rely on the supply of imported radioisotopes. The UK is therefore vulnerable to potential global shortages, but also to problems with shipping and importation of the products

Import of radioisotopes currently form an implicit part of the existing Euratom arrangements, reached over a number of years, which Lord Carlile stated “cannot be overlooked”. There are many reassurances in the Bill that our future domestic arrangements following withdrawal from Europe will exceed the basic requirements as we continue to be a responsible independent nuclear state. However, under present European arrangements there are no restrictions on the supply and movement of medical isotopes which we want to maintain, so that needs to be a clear aspect of the Bill.  As part of the Euratom Treaty, a body called the Nuclear Observatory was established which has a subsidiary called the European Observatory for Medical Isotopes. It is the task of the European Observatory under Euratom to ensure that all EU member states get a fair share of radiopharmaceuticals produced in European reactors, especially when there are supply shortages due to reactor outages.  Outside of Euratom we would no longer be guaranteed that “fair share” and be less resilient to fluctuations in supply.

Rather than deal with this in the Nuclear Safeguards Bill itself, it is the Government’s intention that medical isotopes will form part of the broader negotiations later with the EU, with the stated intention that their import and export will be frictionless to assure the continued supply. Lord Carlile said “It was not good enough to say it will be part of future negotiations as this leads to uncertainty and is not acceptable”. He emphasised that the supply of radiopharmaceuticals is an implicit part of our current Safeguards arrangements since the shipment of isotopes falls within Council Regulation (Euratom) 1493 of 1993 as amended, designed to safeguard Health Workers and the general public against ionising radiation, and that is its stated purpose in the recital of the regulation. It recognises the removal of border controls in the EU to protect the public including those that receive medical isotopes and contains a notification system for supply of isotopes. Some of these isotopes have relatively short half-lives so their effectiveness and quality is reduced if they are held up when crossing borders and the current system even allows for reporting arrangements to be made retrospectively if there is an urgent requirement. It is vital therefore that the continued supply of isotopes, in best condition, should be part of the bill so the product can be delivered quickly. Negotiated arrangements should leave the UK without fear of loss of supply.

Lord Carlile also raised three other associated issues which he said are also a subject of real worry to the industry. They are:

Lord Carlile concluded his address by stating that there was an overwhelming case for provision to be made for the medical isotope matters to be the subject of assurance for the future within the Nuclear Safeguards Bill and suggested that they should be included. He looked forward to debates in committee on the subject.

On the 13th February Lord Carlile tabled an amendment to the Bill. This would prevent the Bill from being brought into effect until key issues referred to above have been made the subject of an appropriate statutory instrument. 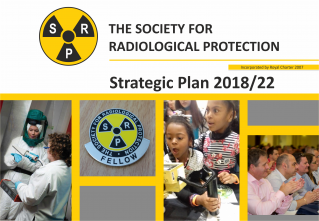 The Society's new five year Strategic Plan 2018/22 has just been published. Central to the new Plan…