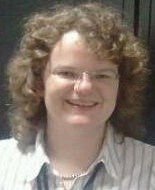 Stephanie has a background in Physics having an MPhys from The University of Hull and a  PhD for her thesis modelling gamma dose rates and mobile detection units in urban environments.

Stephanie started at Amec in August 2008. During her time at AMEC Stephanie has been involved in a wide range of projects and tasks:

Stephanie aspires to be technical lead managing a team of radiation protection professionals.

Involvement in the SRP:

In 2010 she became a founding member of the SRP’s Rising Generation Group. As an RGG Working Group Committee member she was involved in organising the RPA Workshop event in Edinburgh.

Tell us a bit about yourself: