We're delighted to announce that Professor Dudley T. Goodhead will be presenting the Dunster Lecture next year during SRP's 2020 Annual Conference.  The lecture will take place on Tuesday afternoon during the conference and will be certainly one not to be missed.

Professor Dudley T. Goodhead is Emeritus Director of the Medical Research Council’s Radiation and Genome Stability Unit, Harwell, U.K.  His Unit carried out basic research on the relationship of genome stability to human health, including how DNA may be damaged by radiation and the cellular repair systems act to restore normality. He is now an independent consultant and assists agencies and journals in the US and Europe in evaluating and guiding radiation research. His personal research has been mainly on the biophysics of radiation effects, with particular emphasis on microscopic features of radiation track structure at the atomic, molecular, and cellular levels and their consequent radiobiological and health effects. He gained his D.Phil. in particle physics at the University of Oxford.  Early career positions were at the Universities of California, London and Natal and at the MRC Radiobiology Unit. He has served on a variety of national and international committees on evaluation of radiation risks, including COMARE (Committee on Medical Aspects of Radiation in the Environment, UK), National Research Council (US) committees (on health risks of exposure to radon (BEIR VI) and on evaluation of NASA’s space radiation cancer risk model), scientific committees of the National Council on Radiation Protection and Measurements (US) and working groups of the International Agency for Research on Cancer (on carcinogenic risk of gamma rays, neutrons, and internally deposited radionuclides), the Royal Society (on risks from depleted uranium) and consultancies to UNSCEAR and IAEA and currently an ICRU committee on microdosimetry . He was chair of CERRIE (Committee Examining Radiation Risks of Internal Emitters, UK). In the 2002 Queen’s Birthday Honours List, he was awarded the Order of the British Empire for services to medical research. His other awards include the Weiss Medal from the Association for Radiation Research, Failla Medal from the Radiation Research Society (US), Douglas Lea Lecturer from the Institute of Physics and Engineering in Medicine and Biology, Bacq and Alexander Award from the European Society of Radiation Biology, Honorary Fellowship from the Society of Radiological Protection, Warren K. Sinclair Lecturer from the NCRP, Gray Medal from the International Commission on Radiation Units and Measurements and the Kaplan distinguished scientist award from the International Association of Radiation Research.  He has published more than 200 peer-reviewed papers in scientific journals. 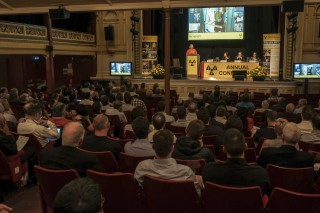