September: A personal reflection on the passing of The Queen 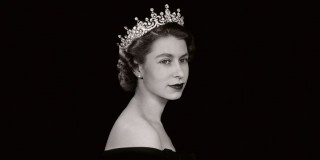 Well, what a September it’s been. The overshadowing news of the month being the death of The Queen. I don’t know how you have all felt about it, but I was much more affected by it than I imagined I would be. When I saw the news that The Queen had died, I felt a sadness and a sort of melancholy that I couldn’t really fully account for. I have to admit that, before I watched the series The Crown (yes, I know it’s fiction), I’d always been reasonably ambivalent about the monarchy at best. After watching the series, I somehow felt more of an affiliation/affection/sympathy grow in me but, if I’m perfectly honest, her death affecting me like this took me a bit by surprise, as in fact it seems to have taken a lot of us; as demonstrated by The Queue, crowds in London and outpouring of collective grief over the past few days.

As a British immigrant living in Spain (immigrant. I refuse to call myself an “expat”, but that’s a conversation for another day), I was fully expecting to be asked about my reaction to Queen Elizabeth’s death. What I didn’t expect was my inability to answer these curious, well-meaning questions. I had people offering me their condolences…but it wasn’t exactly a loss. Or at least, it was. But not in the usual sense. I’ve heard people liken it to the loss of the nation’s grandmother, and while I don’t personally subscribe to that comparison – the loss of my nana hit me much harder, in a much more tangible way –the loss of The Queen is still felt as a loss, albeit in a much more complicated sense. In reality, The Queen had very little to do with our everyday lives, yet she’s been ever present and her face is as familiar to me as any celebrity or public figure, her face being on bank notes, coins, stamps, on the TV at Christmas (my nana always insisted we watch). A constant presence in millions of lives across the globe. As Jonathan Freedland wrote (so much more eloquently than I could) in The Guardian last week, “she was woven into the cloth of our lives so completely, we had stopped seeing the thread long ago.…The one element in our collective life that was consistently, reliably the same – tying the Britain of Vera Lynn and ration books to the Britain of Dua Lipa and Twitter – has gone.”

SRP has a proud history of association with The Queen. In 2007 the Society was granted a Royal Charter of Incorporation. A Royal Charter is a prestigious way of acquiring legal personality and reflects the “high status of that body whilst demonstrating pre-eminence, stability and permanence in their particular field”. You can see ours displayed proudly on our SRP stand at the Annual Conference or read it online here. It states that the object of the Society is to “promote the science and art of radiation protection and allied fields for the public benefit” which I think is an honourable objective to uphold, and close to my heart as Director of Engagement. This year we were also privileged to be able to participate in the Official Platinum Jubilee Pageant Commemorative Album and I took the time to reread the Summer 2022 edition of Radiation Protection Today, its words being more poignant this time around.

“The Queen was born only 30 years after the discovery of radioactivity, and her reign has spanned more than half the history of its use.”

If you’ve not already seen it, check out the incredible timeline of Events related to the uses and regulation of radiation and radioactive materials during The Queen’s reign and reflect on a life well served.

So that’s it for this month’s Blog. My feeble attempt to put into words this odd sense of displacement that I think many of us simply didn’t expect to feel. I may have conflicting views of the monarchy overall as a system. I’m not blind to its colonial past and the problems that that has resulted in. But, whatever you’re feeling on the institution of the monarchy, it’s hard not to appreciate that this woman dedicated her life to public service and seemed to truly believe in this duty. I mean, two days before she died, clearly frail, she put on a smile and was welcoming in the new PM. Maybe this is the loss that we’re mourning. The loss of what feels like one of the very last people who truly believed in serving the country above serving her own desires and I feel like it’s a fitting tribute that many millions across the world (BBC reported that an incredible 5.1 billion people – roughly 63% of the population! - watched her funeral) will miss a woman who did her job so admirably that even republicans are among those mourning her death. And, as it turns out, in a complete surprise to myself, I find as I write this that I really quite admired her. Regardless of your feelings about someone being born into a role as head of state - and I personally can’t imagine a more horrendous job to be born into - she dedicated her life to that role, and, under the circumstances, did a pretty tremendous job.